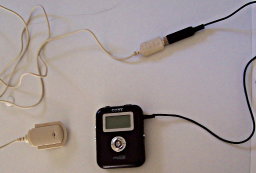 Almost time for the first real episode of “Stir-Fried Random”. It’s still a bit short (about 10 minutes or so is what it looks like I’ll have) but the sound quality is a bit improved. It’s not all frivolous, either – there’s high culture (Opera) and science (the first of my Microbiology Microlectures) in it.

I was also plotting to intermittently post what I’m thinking of as “Book-And-Record” audio files, each associated with a single picture (embedded as “album art” as well as likely in the blog post presenting it) saying something about subject of the picture…

Geotagged as appropriate, of course, so you can look up whatever the picture-and-audio is about on a map or go visit it yourself. I’m thinking “book and record” since the format would be a single subject per file, so that each one is a complete, self-contained bit of multimedia. That would mean if I happened to record a series of them (which would likely happen if, say, I ever manage to get back to the Smithsonian Museum of Natural History one of these years), you’d metaphorically “turn the page” (play the next file) between each to hear and see the whole thing.

Meanwhile, here’s a question for anyone who reads this (anonymous votes and comments allowed):

If enough people vote, I’ll even post the first “Book and Record” audio clip by this weekend, in addition to “Stir-Fried Random, Episode 1” (in the next day or two)…