Let me pause now for a moment to review what I’ve learned so far:

No, seriously. I’ve previously reviewed their promiscuous sex lives,
their sexually-transmitted diseases, and their toiletry habits. Somehow, though I still want to do more brewing, so let’s continue. 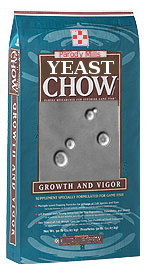 Aside from sugars, this seems to be possibly the most important yeast nutrient. The most
“natural” source of this nutrient would seem to be amino acids or very short peptides (2-5 amino acids long). Apparently urea (carbamide) also makes a good yeast nutrient, but:

This could combine with the ethanol to make “ethyl carbamate”, which is considered
a probable carcinogen, at least if it’s present at a high enough level. Obviously if you use urea as a
yeast nutrient, that’s only going to increase the possibility of a problem.

Proteins can be a source of amino nitrogen (and carbon and sulfur), but like all real microbes, yeast cells cannot just “eat” chunks of protein. They have to be broken down into very small chains of amino acids or even as individual amino acid molecules before the yeast can suck them up and use them. Saccharomyces yeasts do not appear to normally excrete protein-digesting enzymes, so by themselves they cannot make any use of protein for nutrition[3].

Oxygen is necessary for making certain components of the cell membrane, in addition to it’s more obvious role in respiration. Without a way to replace used up membrane components, the yeast stop reproducing and eventually fall apart and die. There seems to be some suggestion that to a certain extent one can substitute some raw membrane material for oxygen here (either as “yeast hulls” or possibly even certain of the natural waxes on some fruits).

…or do they? Between the “Crabtree effect” (when there are high concentrations of glucose, alcohol production continues even in the presence of oxygen) and indications in scientific papers[2], it seems SMALL amounts of oxygen may not be a problem, and might very well be beneficial.

B1 (“Thiamine”) is commonly mentioned, though apparently the need for it varies from strain to strain. Also potentially important are Pantothenic Acid (B5), Niacin (Nicotinic Acid, Vitamin B3), Biotin, Inositol, as well as Potassium, Magnesium, and trace amounts of calcium and a few other minerals[4].

For one thing, it seems to be a general rule that you don’t want your brew sitting on the corpses of dead yeast (the “lees” of wine, or “trub” of beer), because that is a potential source of (insert dramatic music and crash of thunder here)Off-Flavors and Off-Odors. Yeast dying and falling apart is also a major source of urea being dumped into the brew, too. Some strains of yeast under certain conditions, such as insufficient pantothenic acid, may be prone to producing nasty-smelling sulfides as well.

So, in most cases what we want to do when brewing is keep our yeast as alive and happy as possible, and get them to hurry up and finish our primary fermentation before they start dying off. Coming up: My (as yet untested) plot for accomplishing this – without specialized scientific equipment or materials.

Bad Behavior has blocked 111 access attempts in the last 7 days.