I finally got this thing updated to the current version of wordpress and got all the plugins updated. Now I just need to put something useful and/or hypothetically interesting in here.

But not until tomorrow – it’s already past my bedtime. 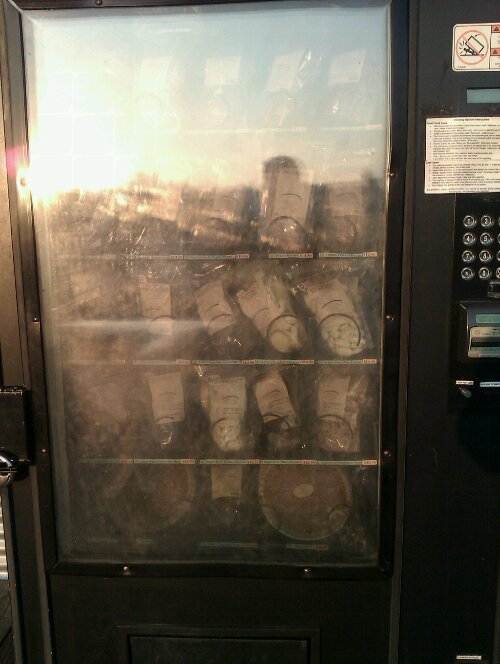 Just a quick test.  I’ve been pondering the development of “consumer” (and “user”/participant, of course) technology.

I’m getting a great deal of useful enjoyment out of this relatively “low end” (by the standards of dang rich people who can afford to rush out and buy the latest thing every six months) Android phone.  I named it “Imp” (any Terry Pratchett fans reading this?).  I’m not sure whether to be pleased or disturbed at just how quickly I’ve gotten used to having a reasonably powerful computer with nigh-unto-ubiquitous Internet access at virtually any time I’m conscious.  Fortunately, mostly the former.

And speaking of “consumer” technology, anybody like pie?  Yes, that’s a VENDING MACHINE in that picture, and those ARE full-sized pecan pies in the bottom of it.  At least, that’s what you should see if this WordPress application for Android is actually working. 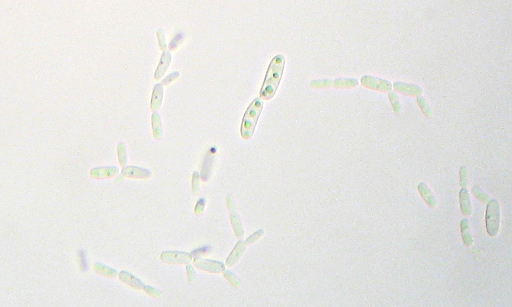 “Nero” here seems to be the only thing I can find growing in the stuff I put the Lyreleaf Sage flowers into. Maybe some kind of Brettanomyces yeast? I’m going to have to autodidact myself into a better understanding of yeast ecology. Not to mention yeast physiology – am I seeing two cells undergoing postconjugational sporulation there in the middle of the image? 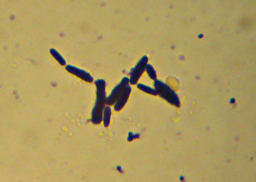 I’m a bit puzzled that I don’t see anything that looks much like bacteria in here. “Everything is everywhere” right? And yet, I’m not seeing any obvious acetic-acid bacterial growth here. Kind of a bummer, since that’s REALLY what I’m after here overall, but that’s okay. I can play with Nero in the meantime. Anybody know if you can make (palatable) leavened dough with Brettanomyces yeasts?…

I still need to go try the same cultivation on some “Texas Bluebonnets” and “Indian Paintbrush” flowers, since those are blooming around here now too. I figure there’s bound to be some Gluconobacter floating around out there somewhere. I suppose in the worst case, I can try cultivating some off of fallen fruit later in the summer when stuff starts getting ripe. 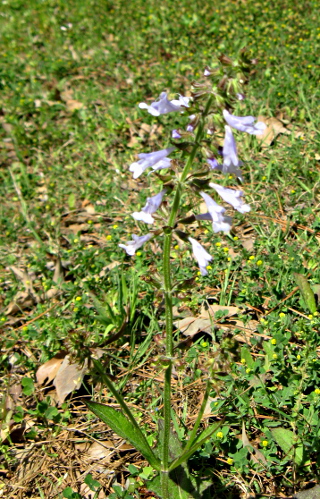 This unassuming little flower just happened to be conveniently near here. As far as I can tell, it’s a “Lyreleaf Sage” (Salvia lyrata). I plucked a flowering section and dropped it into a container of my special selective media a couple of days ago. It’s starting to get a little flocculant and there’s a faint “fermenting yeast” smell, so there’s something going on in there. I didn’t see much yet last night when I took a closer look, but I did see these, which I assume to be pollen grains from my bioprospecting sample. 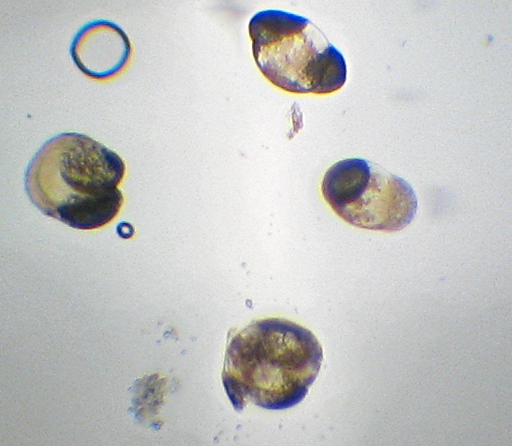