I got a chance to check out a bunch of my Gunnison Bay anaerobic iron-reducing cultures in the microscope.

I did a “Live/Dead stain and took a look: 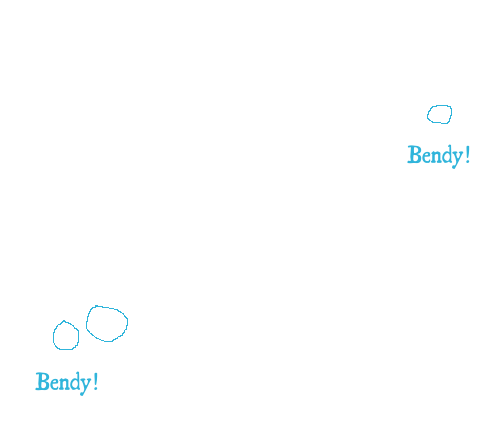 Here you see an image from the Hubble Space telescope of a nebula called…oh, wait, that’s from the microscope. Never mind.

These are the (allegedly) “live” cells. The bright circles are out-of-focus cells – this is a “Wet mount” with huge chunks (from a microscopic point of view) of iron oxides in it, which makes the sample thick enough that it’s hard to focus on more than one part at a time. The vague blur that looks like a gas cloud in a nebula is what you can make out of the chunk of what is more-or-less just wet rust.

This particular specimen is from the positive control of my ongoing experiment (in what I estimate to be roughly 18% salinity, assuming my original Gunnison Bay samples were around 25-26% salinity). If you look close, you can barely make out the bendy/spiral shaped cells almost in focus in a few spots. I believe that this might be the iron-reducing organism that I’ve been trying to isolate. In one of the other samples I checked, I managed to spot one actually actively swimming around, corkscrewing its way around the slide.

I checked one of the experimental specimens that my hypothesis predicts will be growing at least one (and ideally ONLY one) kind of organism and it, too, has a lot of “live” cells growing on the rust-chunks.

Other samples from the same place (but not subjected to precisely the same conditions) also seem to have some long straight rod-shaped bugs and some short (straight) rods also still alive in them, so even in the pretty specialized high-salt/no-oxygen iron-oxyhydroxide-being-reduced environment I would guess I’ve got at least three different viable organisms that MIGHT be doing the iron reduction that I’m trying to track down the cause(s) of.

Any questions? No? Does this mean you’re all ready for the quiz?…